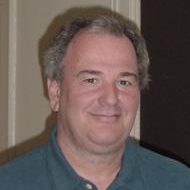 We study the role of T cells in granulomatous immune responses induced by various infectious agents including Schistosoma mansoni, Leishmania donovani and Mycobacterium bovis. Granulomas are localized inflammatory reactions in which both T cells and the infectious agents are colocalized in the lesion. Granulomas protect the host against infection but can also cause diseases such as sarcoidosis or Crohn’s disease. Using T cells from TCR transgenic mice as a source of monoclonal T cells of known antigen specificity and infectious agents that are transfected with the same antigenic epitope recognized by the TCR transgene we examine how T cells fight chronic infections. We are also interested in how different T cells work together. We study how antibodies and antibody associated effector pathways mediated by complement and Fc receptors interfere with T cell responses. We hope our studies will contibute to the creation of better vaccines and better treatments for granulomatous diseases.